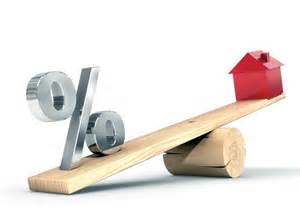 Current mortgage rates are at 43 year lows based on historical charts going back to 1971. The Federal Reserve has recently said it will take a “patient’ approach to raising interest rates, whatever that means.

Since 2008 mortgage rates have been dropping with the exception of 2013, which saw a slight increase. So the question is where are interest rates headed this year? There are plenty of predictions both for rising interest rates and for status quo. We are at or near historic lows as per Freddie Mac. The Federal Reserve will decide if and when the interest rates will rise and by how much. Janet Yellen has cautiously changed her wording from “considerable time” when referring to raising the Fed rate to now “patient” in its approach to raising the benchmark lending rate.

There are plenty of institutions that are predicting a bump in interest rates. Freddie Mac suggests interest rates will climb throughout 2015. BankRate.com predicts that 30-year fixed mortgage rate will rise but not above 5 percent this year. The Mortgage Bankers Association projects mortgage rates to be around 5% by the end of the year. For more predictions see the article from realestateabc.com.

There are also plenty of predictions that the interest rates will stay unchanged for 2015. This is due to several factors. The global economy has slowed, some of the economic engines like Germany have unemployment rates above 6% and the European Central Bank is paying a negative interest rate for the privilege of keeping your money in their banks. Japan has its interest rates at or near zero with yields on two-year notes below zero in November according to Bloomberg Businessweek. In addition Japan has started it own quantitative easing program and the Nikkei Index is 50% below its all time high it achieved back in 1989. See more details about predictions from realtytrac.com.

China has its problems too, although it recently surpassed the U.S. in GDP and is the new Economic leader, it has millions of apartment housing vacant within their cities. What about oil prices? When was the last time we saw oil prices fall this far this fast? Demand is down and supply is up.

There is plenty of predictions and opinions and plenty of conflicting data supporting both arguments. Never the less we are at a great time to take out a mortgage. As for where the interest rate end this year we will have to wait and see.

If you already have a mortgage you may want to compare current rates against you existing mortgage rate, usually if you can do 2% point better you should refinance, of course this assumes you will be in your home for several years to come. You can even do considerable better by going to a 15 year fixed rate. Should be lucky enough to be holding an adjustable rate mortgage you are probably pretty happy now, but keep an eye on rates, since they may start rising in 2015.